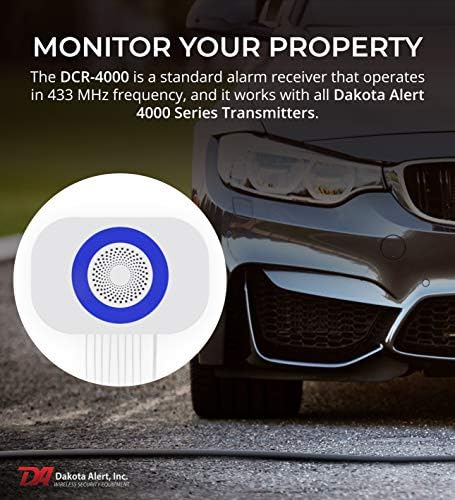 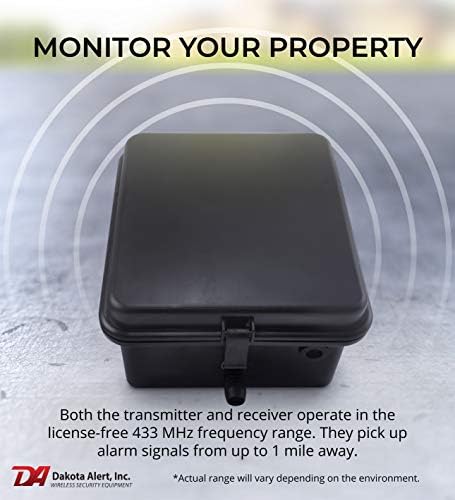 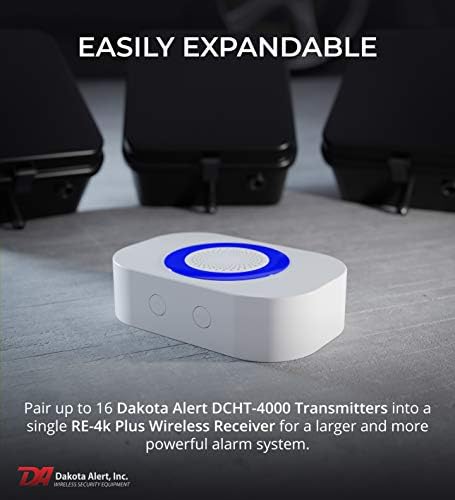 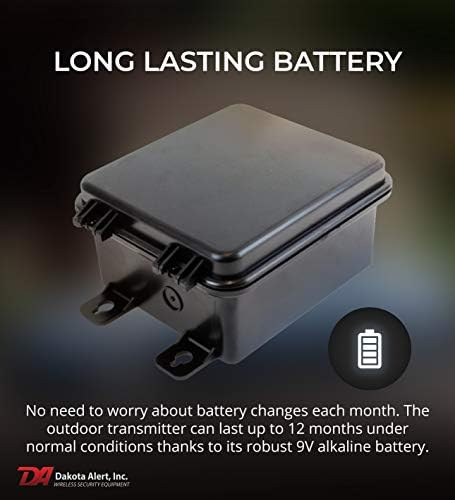 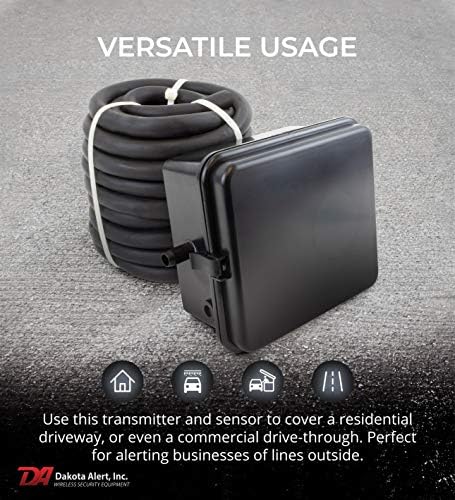 Dakota Alert DCRH-4K-Plus Driveway Alarm System with Relay Outputs
The Dakota Alert DCRH-4K-Plus Driveway Alarm System helps you know beforehand when a car enters your driveway or service station. The kit consists of a 25-feet rubber hose, DCHT-4000 transmitter, and RE-4k Plus wireless receiver. Both of the transmitter box and receiver operates at the same frequency band. Even if the two units are 4000-feet apart, they can still send/receive the alarm signal.

Compared to other alarm systems, the RE-4k Plus receiver is equipped with one voltage and two relay outputs. It gives you the versatility to connect the wireless receiver to other automation alarm system, including external sirens and strobe lights. You can program the trigger of the voltage and relay outputs into 1, 5, 15, seconds, or 5 minutes. Each of the sensors can have their own activation time.

DETECTS VEHICLES PASSING YOUR DRIVEWAY – The Dakota Alert DCRH-4K-Plus Kit includes a 25-FT rubber hose sensor that when a car drives over trigger an alarm signal from the transmitter box to the wireless receiver.
PROVIDES LONG-RANGE WIRELESS OPERATION – The RE-4k Plus receiver can still receive an alert signal even if it’s 1 mile away from the DCHT-4000 transmitter. You can lay out the hose sensor across the driveway or service station without worries.
CAN BE CONNECTED TO OTHER ALARM SYSTEMS – The RE-4k Plus receiver has one 12V DC and two Form C relay outputs that can be linked with a strobe light, external siren or other automation alarm system.
OFFERS AN EXPANDABLE ALARM SYSTEM – The DCRH-4K-Plus Kit is also compatible with DCMT-4000, DCPT-4000, or DCHT-4000 transmitters. You can add up to 16 Dakota Alert 4000 transmitters on this system!
INCLUDES – Dakota Alert RE-4k Plus Wireless Receiver. Power Adapter. Dakota Alert DCHT-4000 Wireless Transmitter Box. 25-Feet Direct Burial Cable.